Hair In All The Wrong Places Blog Tour and Giveaway!!


Welcome readers!
Welcome to my stop in the...

Here is a little about this book by Andrew Buckley: 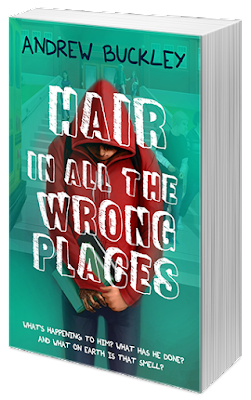 What has he done?

What’s happening to him?

And what on Earth is that smell?

For Colin Strauss, puberty stinks. Blackouts, hallucinations, and lapses in memory are the perils of growing up werewolf.

Worse than that, Colin worries he might have had something to do with the recent attacks on the townspeople. He may have eaten a person. It doesn’t matter that it’s someone he doesn’t particularly like. What kind of boy goes around eating people?
Foolishly, all Colin can think about is how Becca Emerson finally kissed him for the first time. Yep, hormones are afoot. Yikes!

But girls will have to wait. Collin better get himself under control before someone else ends up hurt or worse . . . dead. 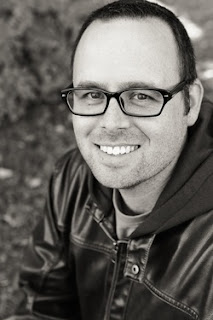 Andrew Buckley attended the Vancouver Film School’s Writing for Film and Television program. After pitching and developing several screenplay projects for film and television, he worked in marketing and public relations, before becoming a professional copy and content writer. During this time Andrew began writing his first adult novel, DEATH, THE DEVIL AND THE GOLDFISH, followed closely by his second novel, STILTSKIN. He works as an editor for Curiosity Quills Press.Andrew also co-hosts a geek movie podcast, is working on his next novel, and has a stunning amount of other ideas. He now lives happily in the Okanagan Valley, BC with three kids, one cat, one needy dog, one beautiful wife, and a multitude of characters that live comfortably inside of his mind.

Andrew is represented by Mark Gottlieb at the Trident Media Group.

Hair in All the Wrong Places: The Perils of Growing Up Werewolf by Andrew Buckley

Hello Andrew Buckley! Let me just say this.... I love me some werewolves! They have been one of my favorite supernatural creatures to read about. When I first received this request for this blog tour, I was a little hesitant because it was considered to be a middle-grade teen read, but Being a mother of teen boys, I was interested on this very different take on puberty.

Collin's life as a 13-yr-old is pretty miserable. Abandoned by his parents and passed from family member to family member, he ends up living with his grumpy, mean grandmother who calls him names everyday. Not to mention the bullying he receives at school, being a loser seems to be his life. That is until he steals his grandfather's old car one night trying to run away, but only to wake not remembering the events of the night. Now he is having weird dreams, crazy hallucinations, smells drive him crazy, and blank spaces in his memories. Even with all the weirdness, he gets a kiss on the cheek by the girl he has been crushing on all year. But even she seems to be hiding something.... along with the strange town he has been living in.

I can see this as a book a lot of teens, especially boys, could relate to and enjoy. There is a little of everything in this book from humor to action to a bit of romance. I am an action junkie and was satisfied with the way Buckley described details that weren't too graphic but exciting. Perfect for the age level involved.

Thanks to Chapter by Chapter, for the opportunity to review and share this great read! I recommend this book to everyone because it has something for us all!

View all my reviews

Be sure to check out the other blogs on the tour...
Here

Posted by Karen Russell at 1:23 AM